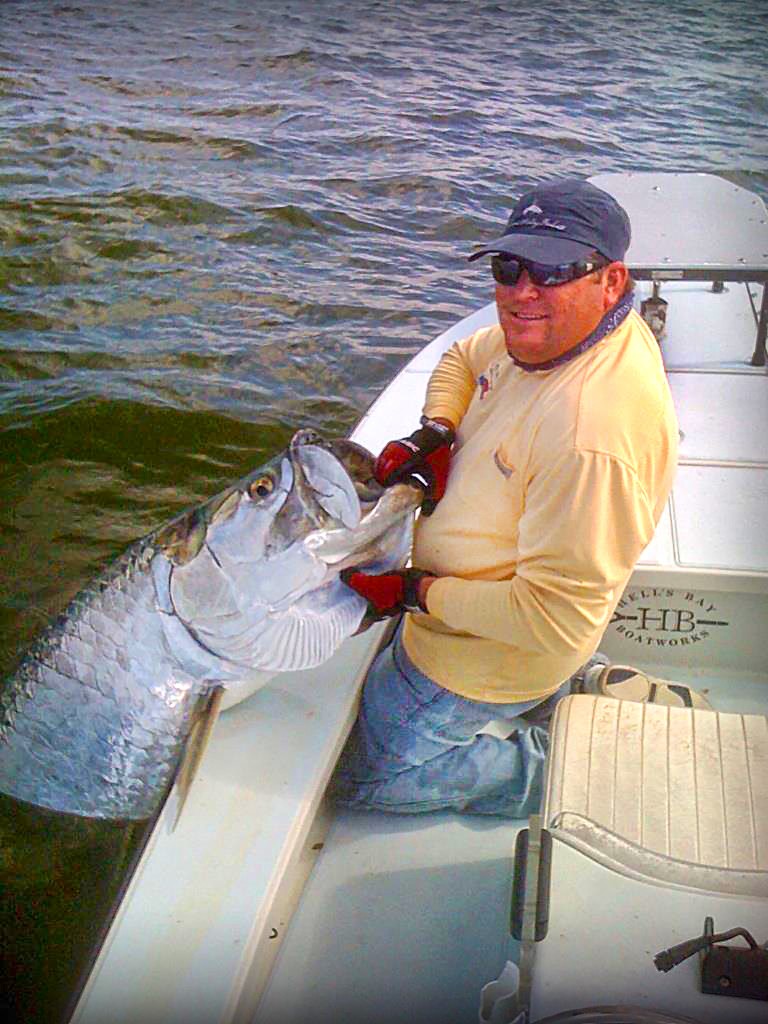 Andy Thompson has been fishing the Florida Keys and South Florida since childhood. Born and raised in Miami, FL Andy has a wealth of knowledge and expertise fly fishing and light tackle fishing for South Florida gamefish.

Andy has been featured a total of twelve times on the saltwater television fishing program, Mark Sosin’s Saltwater Journal, which can be seen on the Outdoor Channel. He has guided Mark to a horde of pristine fishing locations and facilitated some magnificent fishing action with bonefish, sharks, permit, tarpon and snook. In addition to his Mark Sosin’s Saltwater Journal appearances, Andy has appeared on ESPN2’s North American Outdoors fishing for tarpon in Biscayne Bay, two shows with the Bill Dance Saltwater Show and the Professionals on the Outdoor Channel.

Andy was also featured in Andy Mill’s book, A Passion for Tarpon, as well as being featured in Saltwater Sportsman magazine three times.

Andy fishes all the major tournaments in the Florida Keys area and has amassed an impressive tournament résumé with more than 100 podium results.

Ready to book your next South Florida adventure?
Call Andy Thompson to schedule your fishing or hunting trip.